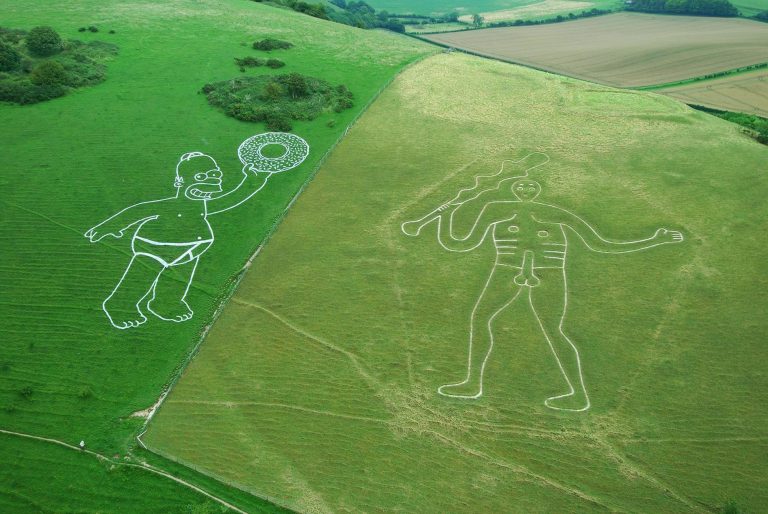 Cerne Abbas Giant Cerne Abbas Giant The Giant, the 180 ft high chalk figure carved out into the steeply sloping hillside to the north of the village can best be seen from the viewpoint on the main Dorchester to Sherborne road (the A352). The origins of the Giant are a mix of fact and speculation. Some believe that he represents the Roman god, Hercules, and is over 1500 years old. However, there is no known historical record about him before 1694 and it has been argued that he is more recent and a caricature of any one of a number of possible historical figures. Whatever the truth, he is now a Scheduled Ancient Monument in the care of The National Trust. In 2007 a doughnut-brandishing Homer Simpson was painted next to the giant on the hill above Cerne Abbas, Dorset, to promote the new Simpsons film.