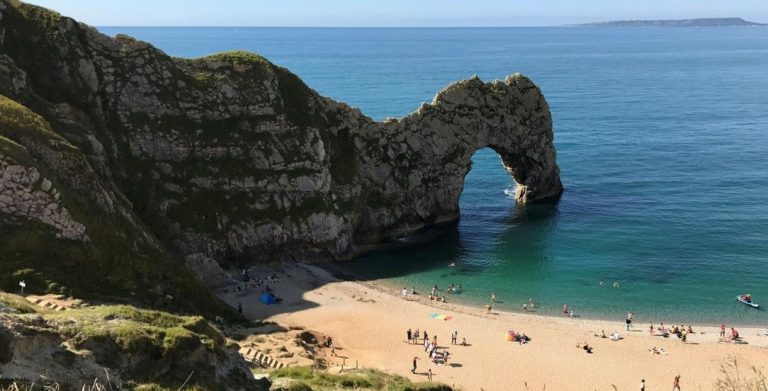 Durdle Door and Man o’War Bay are two shingle beaches separated by the famous “door”. About 1km to the west of Lulworth Cove. The rock formation called Durdle Door, is one of the most photographed and famous parts of Dorset’s coastline. Although the beaches are popular with families, it takes a long walk to reach them and there is a steep descent down steps to arrive on the shingle, which may prove tricky for pushchairs and little legs. Care is needed when swimming as there is a steep underwater slope. Cliff-top pay-and-display, entry through caravan park. Dogs are allowed.

We use cookies to ensure that we give you the best experience on our website. If you continue to use this site we will assume that you are happy with it.OK